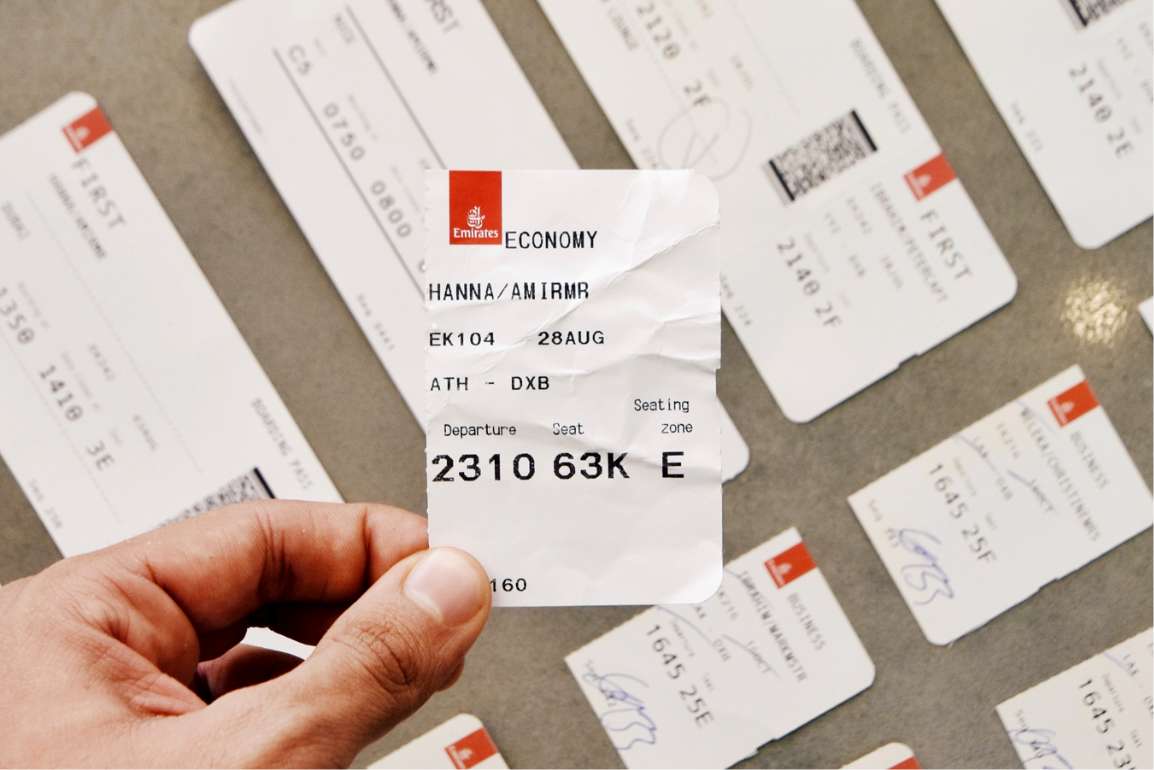 The aviation industry has indeed been beset with crises in the recent past. The 9/11 terror attacks in 2001, the 2008-2009 global economic crisis, and the volcanic ash cloud from the Eyjafjallajökull volcano in Iceland in 2010 immediately spring to mind here. However, none of these previous upheavals affected the aviation industry to an extent comparable with the current corona pandemic. Combined with the Fit for 55 package adopted on 14.07.2021 by the European Commission as part of the European Green Deal, which proposes to reduce greenhouse gas emissions by at least 55% by 2030 compared to 1990 levels, this crisis presents aviation with unprecedented challenges. The beginning of 2020 saw air carriers compelled to cease flight operations, sometimes completely until further notice, with the consequence that millions of passengers contacted airlines looking to get their tickets reimbursed. The simultaneous dwindling demand for bookings tore a huge hole in the budgets of numerous airlines, so drastic that they only survived thanks to state assistance.[1] The question about how airline companies and airports can achieve the European Green Deal targets despite the falling turnover and threats to their very existence, is one that currently remains unanswered. Eurocontrol is predicting that it will be 2024 before the 2019 level of traffic is again achieved: 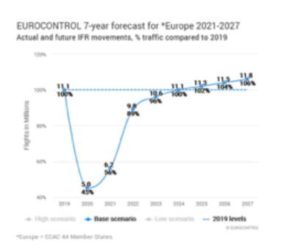 Ticket refunds as a problematic legal area caused by the pandemic

From a legal perspective, the pandemic clearly shows that the European legislator had not envisaged any kind of global pandemic when it drafted the Flight Compensation Regulation (EC No 261/2004) of 17 February 2005.

A lack of available personnel resources meant it became impossible to reimburse tickets within 7 days, as required under Art. 8(1)(a) Flight Compensation Regulation (EC No 261/2004). The fact that every failure to meet this time limit is also punishable with a fine pursuant to Section 58(1) no. 13 German Aviation Act (LuftVG) in conjunction with Section 108(2) no. 2 German Air Traffic Approval Order (LuftVZO), Sections 30(1), 130(1) German Administrative Offences Act (OWiG) in conjunction with Section 9(1) no. 1 OWiG, appears extremely unfortunate given the context.

Who all has to pay?

Then there is the problem that rescinding the contract of carriage, including the reversal of payments, is anything but clearly regulated, and furthermore, the existing regulations are inadequate given the complexity of the contractual relations. The passenger is generally free to choose whether to base his or her reimbursement claim on the contractual claim to a refund due to the cancellation, or he or she can rely on the Flight Compensation Regulation. In the first case the correct defendant is the contracting partner, while the operating carrier will be the addressee of the claim in the latter instance. A well-advised passenger will pursue both avenues out-of-court. The contracting partner is generally the ticket-issuing company. This can be a consolidator or an airline. If the flight is operated by several different carriers because it comprises multiple connecting flights, the case law of the CJEU holds that each of the connecting flight operating carriers are liable for the total ticket price (Judgement of 11.7.2019 – C-502/18. CS and Others v Ceské aerolinie). However, in practice the contracting carrier often collects the ticket price for its flight segment only if the passenger actually takes the flight. Therefore, in the event of a cancellation, it can happen that a flight segment operating carrier never actually receives the ticket price, but has to reimburse the entire cost of the ticket, regardless.  In the absence of any shared reservation software, it is frequently impossible for the obligor to identify if another obligor has already paid in response to a passenger’s claim, so there is a risk that payments may be made multiple times, and that any rights of redress of operating carriers among one another go unfulfilled.

Who is the claimant?

Another still unresolved problematic legal area comes with the absence of rules defining the locus standi for claiming a refund, so it is uncertain who really is the reimbursement claimant pursuant to Art. 8(1)(a) first indent Regulation (EC) No 261/2004. When it comes to compensation, this is undeniably the actual air passenger. In the case of ticket refunds, whether the claim rests with the individual passenger, the person who made the booking, or with the person paying is a matter of debate. The Regulation merely sets out the individual passenger’s specific option to claim either reimbursement of the ticket price or a re-routing arrangement. So, it is frequently unclear who the airlines are supposed to reimburse.

Considering the aforementioned 7-day time limit, it is generally in the airline’s interest to make the payment to the ticket booker since their contact details and payment method will already be known to it, so allowing the cancellation and repayment to be performed quickly and easily (see for example, Local Court of Wedding, Judgment of 17.08.2021 – 14 C 601/20; Local Court of Wedding, Judgment of 19.10.2021 – 14 C 652/20). The contract of carriage will generally set out this mode of repayment. Looking at Art. 15(1) Regulation (EC) No 261/2004, some of the case law maintains that such a provision is unenforceable because the passenger is personally entitled to the payment claim. This issue becomes even more complex when the ticket was booked by a travel agent, the airline refunds the ticket price to the agent, but, contrary to Art. 6.3 of the IATA Resolution 896, the agent fails to forward the payment to the passenger, or does so outside of the 7-day time limit.

The CJEU has yet to issue a decision on locus standi, and one is urgently needed. Nor are there any current indications of a forthcoming reform of the Flight Compensation Regulation. The decision of the Berlin Regional Court (Judgment of 29.11.2019 – 101 O 93/19) can provide assistance here. In those proceedings, the Regional Court had to make a ruling on our client airline’s contractual clause, according to which “Reimbursements shall be made either via the original payment medium or another payment medium, but also to the ticket booker if the original payment medium is no longer available.” The Berlin Regional Court ruled that this clause was effective, and that the sole purpose of the provision was “to give the Respondent certainty that it is making repayments to the right person.” 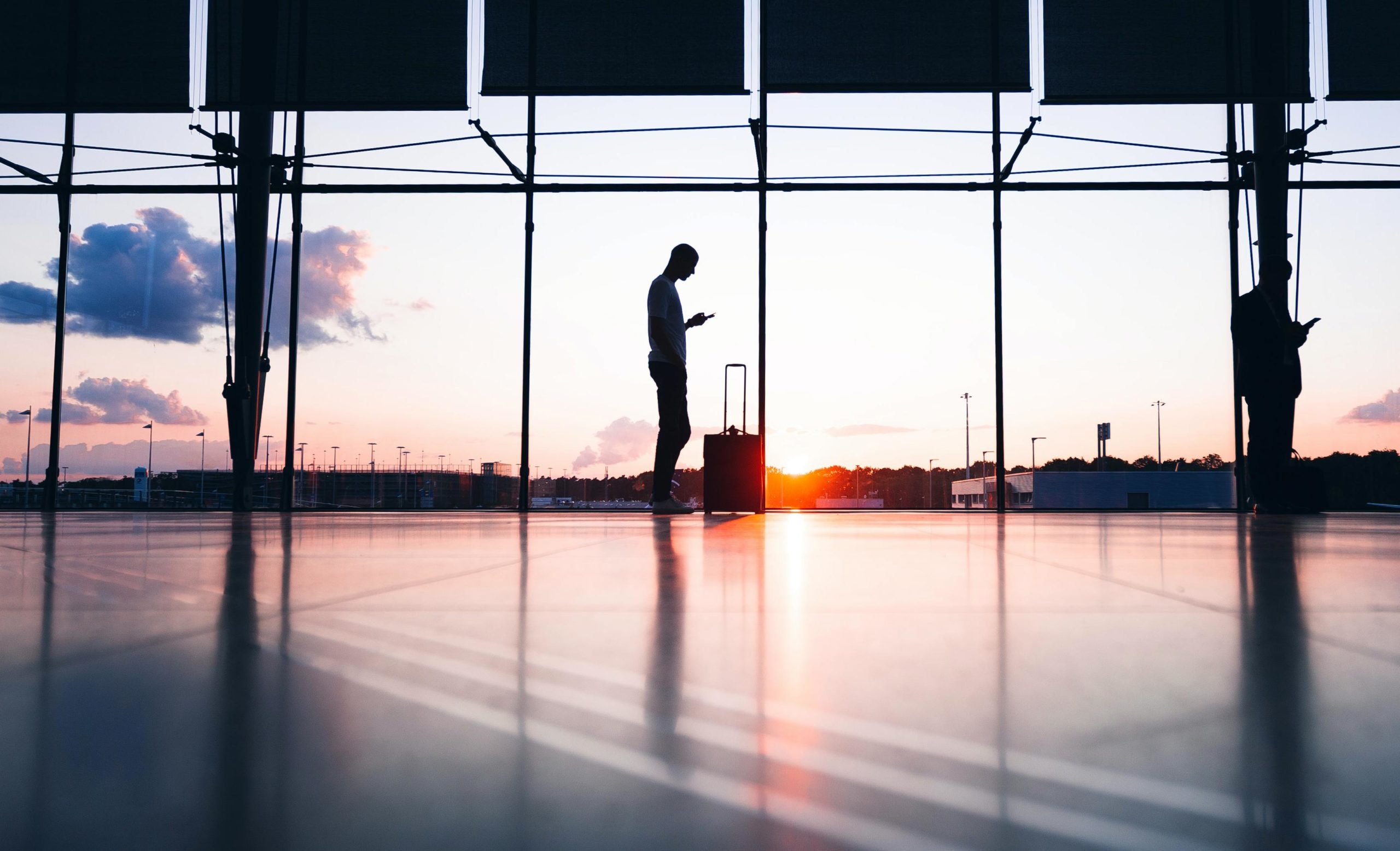 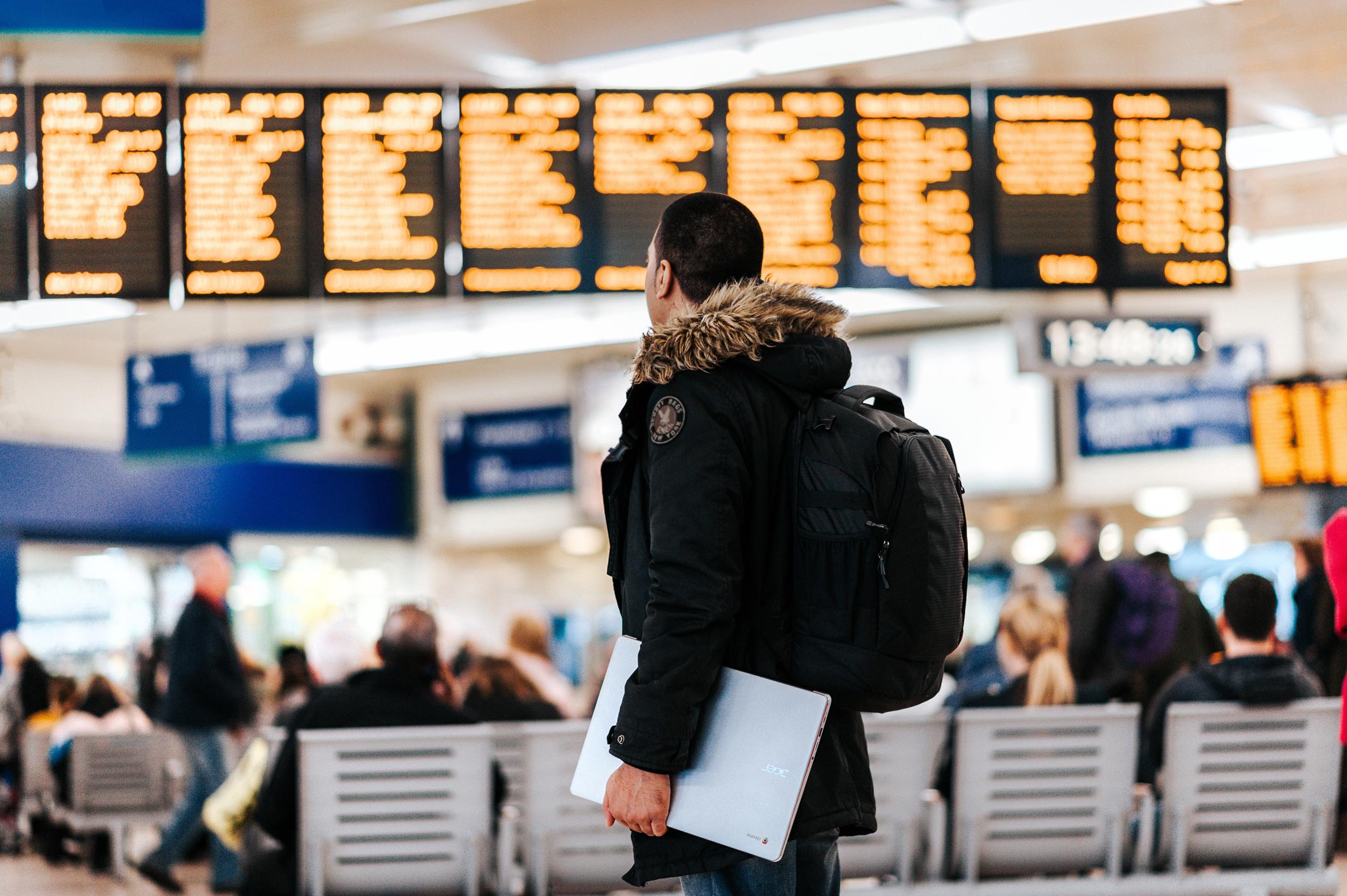