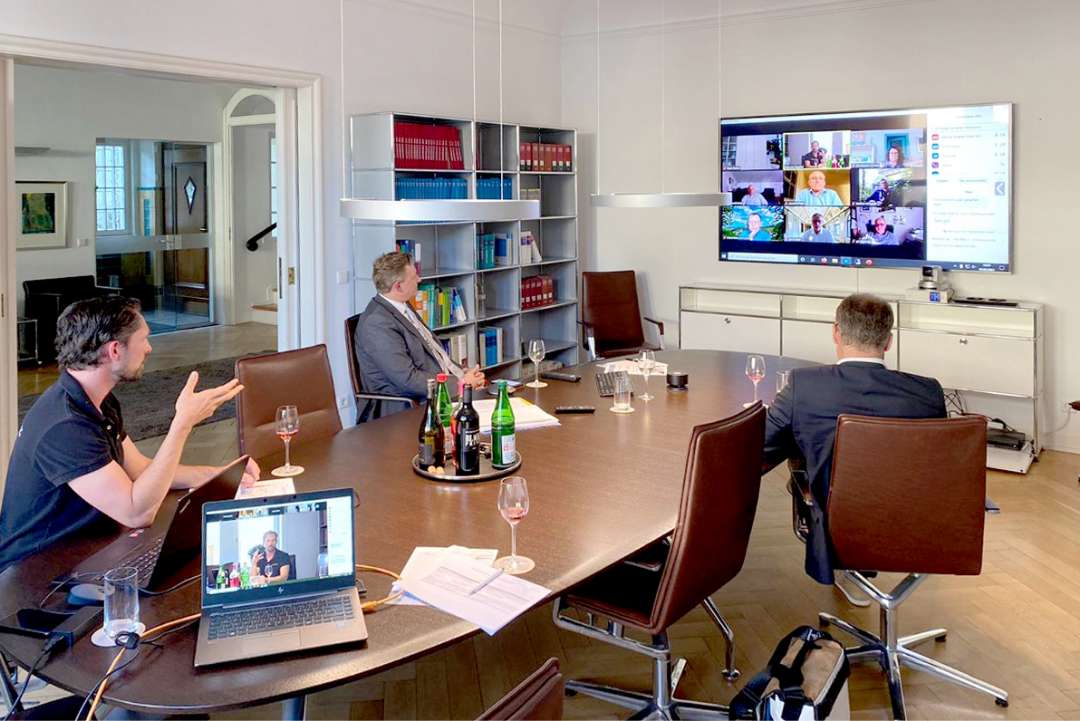 This was now the third time that the law firm Dres. Vogeler, Hanover had organised the symposium on “Legal issues in day-to-day hospital activities”. This conference series focuses on current and particularly intriguing issues in medical law today. The purpose of these events is to intensify the communication and understanding between the players that frequently encounter one another in the medical law field (from the healthcare, law and insurance sectors). Whereas the previous two years saw in-person events at which fifteen to twenty participants conducted a face-to-face dialogue, this symposium was hosted online under “corona regulations”. This meant that a much larger number were able to attend the event. With more than fifty attendees, the symposium was so well received that the plan is to organise it on a hybrid basis from now on, to also and not least enable participants from other cities and German provinces (Länder) to attend future symposiums. The event was accompanied by wine tasting sessions during the breaks, and a convivial atmosphere was enjoyed even under the online setting.

This year’s symposium examined three subject areas. The first focal topic was medical malpractice law for doctors and lawyers. In order to explore this topic, five current medical malpractice cases were introduced. The substantive analysis of these cases was preceded with a declaration to the effect that gaps had to be bridged, and that it was necessary to intensify the level of communication between medicine and the law, whereby it is the lawyers who were particularly called upon to step up here.

The first case to be presented concerned a decision of Dresden Higher Regional Court (OLG Dresden) (decision of 16.03.2020 – file ref. 4 U 2626/19), which focussed on the medical duty to inform patients and the associated question of when a “self-determination notice” (information provided to a patient to enable them to determine if he or she wish to proceed with the proposed medical therapy) can still be deemed valid. The case in question concerned the performance of an out-patient colonoscopy procedure. When the consent form already signed beforehand by the patient could not be found, a second informed consent meeting took place on the day of the colonoscopy, and which explicitly included the possibility of a polyp removal procedure. A polyp was removed during the colonoscopy, and the plaintiff was allowed to go home a few hours later. On that same day, the plaintiff was urgently admitted to hospital having suffered a perforation. Emergency surgery was performed, resulting in further complications. The plaintiff maintained that he had not consented to a polyp removal procedure at the time of the initial informed consent meeting. He further argued that the second informed consent meeting was not conducted in time because he had already been administered the colon cleanser, and his decision was therefore taken under pressure. On this point, the Dresden Higher Regional Court declared that in the case of out-patient procedures “it sufficed to conduct the informed consent meeting on the day of the operation, provided that the decision on whether to conduct the procedure still rests with the patient. In the case of a colonoscopy performed on an out-patient basis, the informed consent meeting […] should be regarded as conducted within time, even if the patient has already completed the necessary preparatory medicinal colon cleansing procedure.”

The core issue in the case just described therefore was about when a patient self-determination notice may still be viewed as issued in good time. In considering the issue, the examining judges applied principles taken from the case law to date. Accordingly, the patient’s right of self-determination can only be upheld if he is able to exercise his freedom of choice by adequately weighing up the pros and cons of having the procedure. The informed consent meeting should then, if possible, take place at the point in time when the date for the procedure is determined. However, an informed consent meeting that takes place at a later date is not automatically out-of-time. The question of whether an informed consent meeting takes place in good time should, the court said, be based on the existing circumstances and if the patient still had adequate opportunity to mentally and freely make a decision. If there is any doubt, then hypothetical consent can be factored into the assessment of the case. The examining judges pointed out that the introduction of the German Patients’ Rights Act meant that the informed consent meeting was now a statutory prerequisite for effective patient consent. This meant that the established case law had become incorporated into the Patients’ Rights Act. However, it was determined that these rules were already applicable before that time, and had now been made law through the Patients’ Rights Act. Rather than this being an instance of strengthening patients’ rights, it instead concerned the stabilisation of legal positions. Regarding questions of evidence, in particular, the stipulated acknowledgement of receipt that now accompanies the hand-over of the consent form has strengthened the medical practitioner’s hand here.

Next, on the basis of a decision of the Dresden Higher Regional Court (decision of 12.5.2020 – file ref. 4 U 1388/19), the question concerned who was authorised to conduct the informed consent meeting, and what criteria had to be met by the physician delivering the relevant information for the purpose of this question (cf. Section 630e (2) no. 1 German Civil Code (Bürgerliches Gesetzbuch – “BGB”). Diagnosed with an adenocarcinoma, the plaintiff was admitted into in-patient care. An informed consent discussion was conducted by the attending urologist, and a radical prostatectomy performed one day later. Following post-operative checks, the plaintiff was discharged and allowed to go home, whereupon he was again urgently readmitted to in-patient care suffering from urinary retention. Further hospital treatment was necessary, and he was left with grade II stress urinary incontinence. The court determined that, in view of the relative indication, the radical prostatectomy did not constitute medical malpractice. Nevertheless, alternative treatment could have been given in the form of percutaneous radiotherapy in combination with hormone withdrawal therapy. The court said that this alternative treatment should have been explained to the plaintiff. In relation to this informed consent meeting, it was particularly relevant that the information was provided to the patient by the surgeon. Although she did mention the alternative, as a surgeon she did not give preference to it. The Dresden Higher Regional Court looked to the continuing medical education regulations (‘Weiterbildungsordnung’), so that it ultimately came down to the qualifications for clarifying the procedures. The examining judges thereby raised the question regarding what criteria had to be placed on the qualifications of the individual providing the explanatory information. This question has yet to be conclusively decided in law. Possible solutions here are firstly to regard Section 630e (3) no. 1 BGB as merely a formality and procedural requirement, or to rely on the “scope of the rule” context (‘Schutzzweckzusammenhang’). On this basis, the crucial question would be why the lack of training on the part of the person providing the information had impaired the decision-making process. The ensuing discussion led to the subject of operating outside of one’s actual discipline. The patient information process has not yet been considered for these cases to date , but may nevertheless be relevant to the assessment.

One special case recently adjudicated by the German Federal Court of Justice, concerned the question of medical malpractice in connection with an elective secondary Caesarean section. Following an unremarkable pregnancy, the expectant mother presented herself to the gynaecology clinic in the 39th + 1 week of pregnancy with a suspected preterm rupture of membranes and due to slight vaginal bleeding. She was admitted into in-patient care, and a spontaneous vaginal delivery attempted. The option of a Caesarean section was not discussed. With cervical dilation at 6 cm accompanied by strong contractions, the woman stated that she wanted to have a Caesarean section. Following a consultation with the senior consultant, the Caesarean section was performed with no initial complications. Immediately thereafter occurred a massive uterine atony, with 1,200 ml of blood loss. During the ongoing emergency treatment, the senior consultant had to leave the operating theatre due to a high-risk birth proceeding elsewhere at the same time, but she nevertheless remained in telephone contact. The mother had to be reanimated several times, and died that same night due to multiple organ failure. The questions this case throws up are whether medical malpractice can be identified when the patient’s wishes are fulfilled, and what standard of care should be applied in stressed treatment scenarios. According to the Federal Court of Justice, medical malpractice occurs if, from an ex ante perspective, the fulfilment of the patient’s wishes in a specific situation does not constitute a viable medical alternative. Therefore the wish of the patient alone does not automatically justify the medical procedure. According to the speakers presenting the case, the question was unanswered regarding whether a “stressed treatment scenario” entailed any lowering of the applicable standard of care. If this question were to be answered in the affirmative, the foreseeability of the stressed situation would also be relevant.

Given the advanced time of day, this was followed by just a brief presentation of the issue of one-to-one care as a material prerequisite for approving a four-point restraint (Local Court of Kassel, decision of 23. 2.2019 – file ref. 786 XVII Mi 417/19), as well as the question of whether an infringement of a contracted physician agreement rendered the patient’s consent invalid (Regional Court of Essen, judgement of 6.11.2020 – file ref. 16 O 229/19). 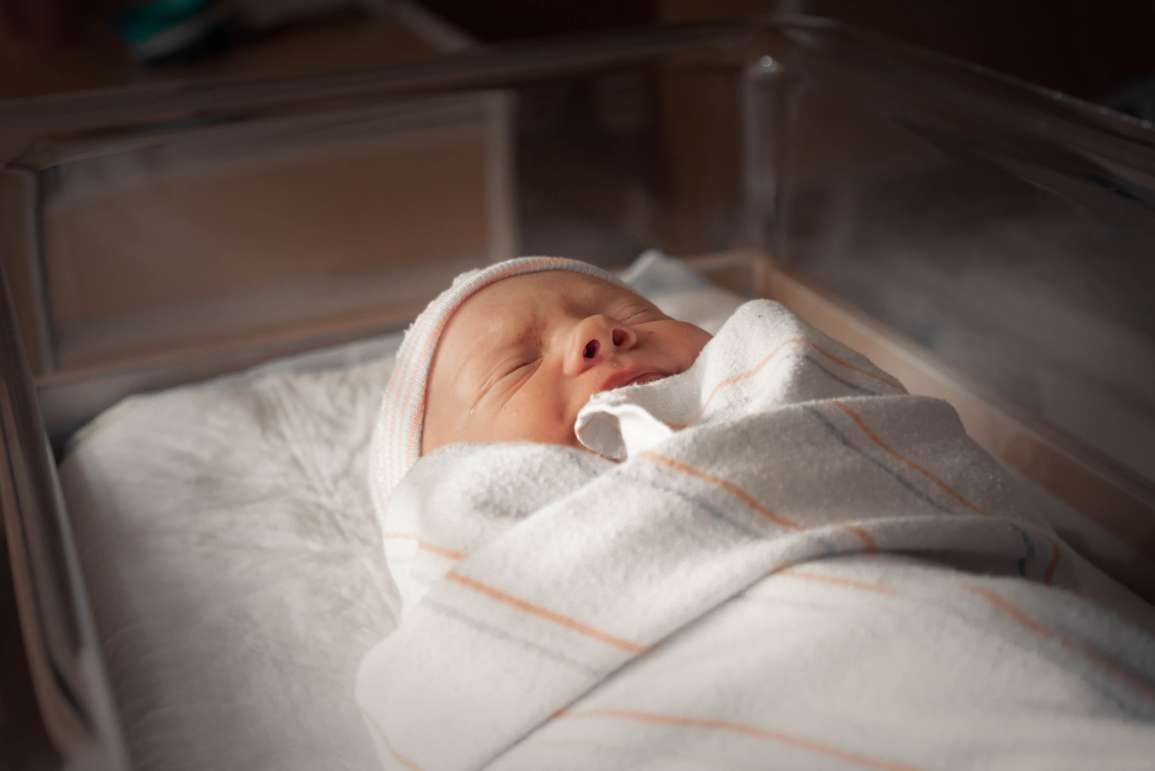 What safeguards does the institution in question have to take to protect its patients or residents from falls?...